Delta Heavy 2019 Interview – Beginning their career eight years ago, DJ and producing duo group Delta Heavy have been traveling the cosmos, crafting a hybrid flavor of tasteful drum n’ bass sound. Not only did these guys start molding their sound at a time when the EDM soundscapes were starting to rapidly evolve, but their own journey was a progressive force in and of itself.

Pre-Save Only In Dreams Here

With early productions such as ‘Galaxy‘ and ‘Abort’ on Viper Recordings revealing an eager drum n’ bass, grimey bassy sound, Delta Heavy was definitely interested in bringing their mixed music ability in the early form of drum n’ bass. As years passed, they eventually ventured further blending genres dubstep and drum n’ bass together onto Ram Records with Down the Rabbit Hole EP as one of their first major releases.

Getting the chance to speak to Simon James yesterday, I had the opportunity to ask him about the early career of Delta Heavy, their journey leading up to the widely successful Paradise Lost and what to expect from their highly anticipated and recently announced album Only In Dreams. 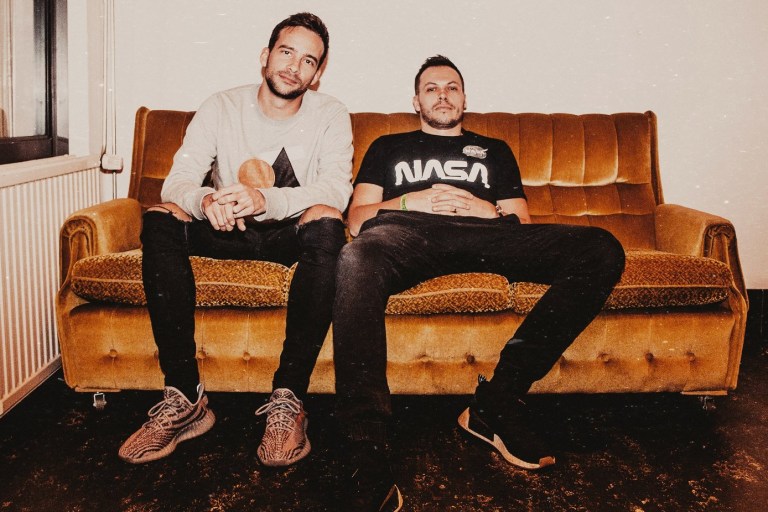 Throughout the early career of Delta Heavy, your collective goal at Ram Records was to bend the drum n’ bass sound in a way that not only bridged gaps with other genres but also allowed you to find your own sound. To me, the Apollo EP stands out as one of the earlier examples of this goal being achieved.

You guys tapped into the 90s with ‘The World Is Yours,’ you offered growling drum n’ bass waves in the title track and even touched a hybrid combination of trap and bass in ‘Badboy Style.’ For all intents and purposes, this was when the Delta Heavy sound was beginning to take shape and become soulfully captured.

What did the journey bending genres and finding the Delta Heavy sound mean for you and what do you think were some of your guys’ favorite moments exploring bass music at the time?

“If I remember correctly, the Apollo EP came off as sort of quite a break. We had been producing quite a lot of stuff around 2011 and 2012 and after that, we sort of felt like we needed to sort out what way we were going next. We did spend quite a lot of time, just trying stuff out. I think we wanted to push our production a little further as well like the quality of our engineering, the production and our sonics.

So, I think with the big explosion of the US kind of dubstep sound that happened in 2010 and ’11, we did a lot of stuff that kind of bridged the gap between that and drum n’ bass. But then with the Apollo EP, we kind of moved on to a slightly more musical and bass heavy formula, rather than less intense noisy kind of sounds. I think the last thing we did along those lines was ‘Empire.’

That was a sort of transition that we were making, to try to explore other avenues and broaden our sound and I think that is kind of captured in the Apollo EP.” 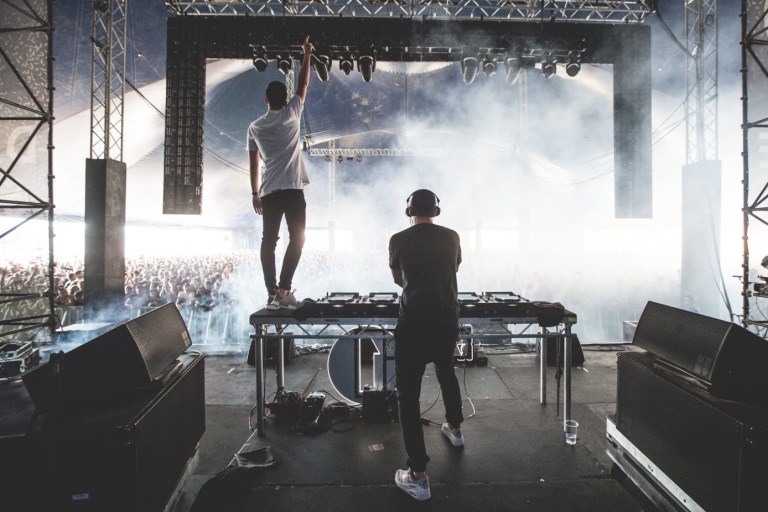 From the Apollo EP to the eventual release of the 2016 DNB Awards winning Paradise Lost, your signature sound has always had a resonating sci-fi, cosmic sound to it. Of all the tracks released before Paradise Lost and, on the album, my personal favorite track, ‘Event Horizon,’ sticks out the most as giving us a taste of that cosmic signature sound.

Can you describe the cosmic element of Delta Heavy’s signature sound and what it means to you?

“The cosmic element of it is something that has been an influence kind of since the beginning. Even when we released ‘Abort’ on Viper in 2010 before we got signed to RAM. That was very much kind of space themed… and then we followed it up with ‘Space Time,’ which was even more cosmic and space themed.

I think in terms of our harder, dance floor drum n’ bass, the ‘Event Horizon’ and the Apollo, we just keep going back to them because they just really resonate with us, the films we watch, the sci-fi and the sense of grandeur that you get. For us, it’s just cool because it takes you to a different place.

We’ve really been hammering home the space travel thing for a while, but for us it lends itself to those kinds of tracks really well. It means that you get a bit of depth in these hard, bassy, bangers. You get the contrast and the breakdowns in an outer worldly way that takes you somewhere else.” 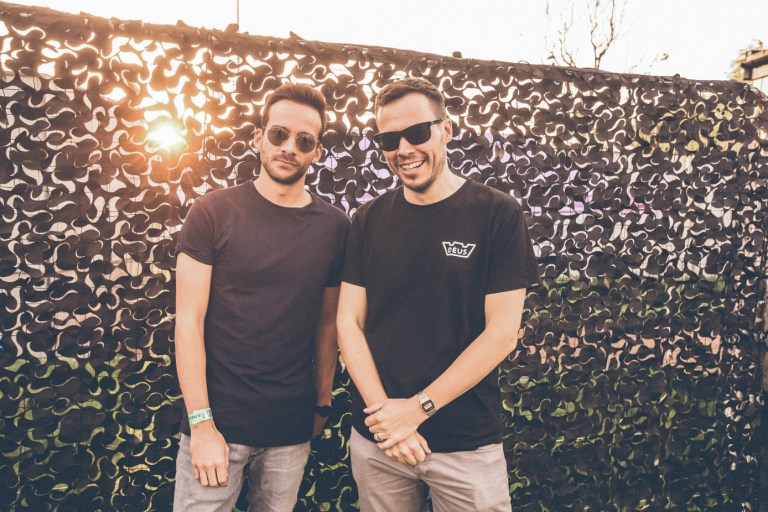 Which track was one of your favorites to produce on Paradise Lost?

“A lot of these songs on the album we lived with for quite a long time, but the one that stuck with me the most is ‘Ghost.’ It was really fun to make and the reaction from it was great. Both of us hold it in our hearts quite dearly.”

Since the release of Paradise Lost, Delta Heavy have gone harder than ever with drum n’ bass, dubstep and bass hybrids like ‘Bar Fight,’ ‘Kill Room‘ and ‘Gargantua.’ However, they have also fostered a lighter side, such as their offering of the gorgeous ‘Kaleidoscope‘ with its captivating vocals and a sub focus level of power with that Delta Heavy flavor.

Does Paradise Lost and some of your later singles like the more intense ‘Bar Fight‘ and lighter feeling of ‘Kaleidoscope?‘ get reminisced in Only In Dreams or will these be a newer direction for Delta Heavy?

“To be honest, it’s kind of like a slow continuation. After we released Paradise Lost, we kept releasing stuff fairly regularly. Counting, we’ve had like eight singles since Paradise Lost, so there has been almost an albums worth of material that’s come out since then anyway.

It’s been a slow progression, where we’ve just been exploring further, perfect and develop. To get better at what the kind of sound that we managed to build for Paradise Lost. It took us a while to get Paradise Lost sounding how we wanted to and how you heard it.

‘Bar Fight’ and ‘Kill Room’ are more like straight up bangers. With stuff like ‘Kaleidoscope,’ we were really trying to start to work on developing our song-writing, the vocals and working with vocalists. That’s something I’ve been working on, leading into the new album now.”

As Delta Heavy, you guys have one of the richest discography’s yet, offering some of the most intense dubstep and drum n’ bass, always blending powerful energy and a stadium sound. As we finished 2018 and are now moving through the first month of the new year, fans see that your sound is yet again evolving to something new and unparalleled. 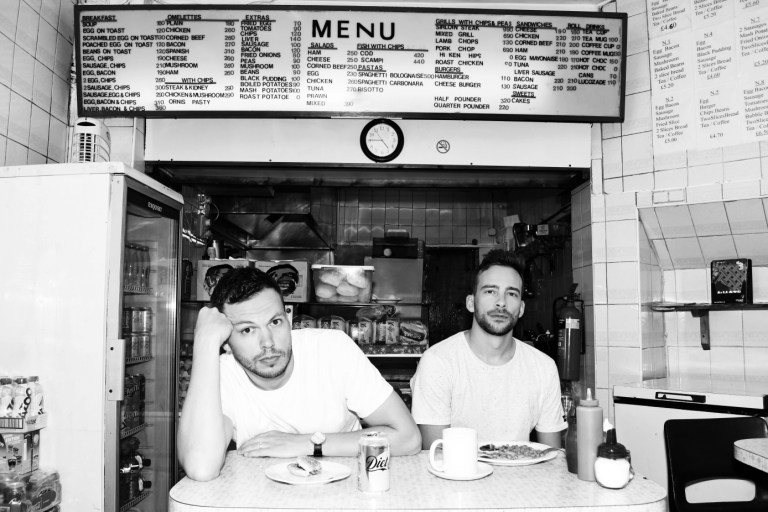 What is the creative process behind some of the coming tracks off of Only In Dreams?

“Going into Only In Dreams, where we were trying to develop our sound more, we actually felt like we wanted some new influences as well to kind of further develop it. We did a collaboration with Dirty Audio for ‘Stay’ on the music side of it. That was really cool, to just be able to vibe off each other’s input.

Me and Ben obviously have been collaborating together since the beginning, but we never really collaborated outside ofDelta Heavy that much, so it was something that we really focused on last year. We wanted to keep things fresh and try new stuff.”

With such a deep and rich collection of productions, strong evolution and a well-crafted signature sound, Delta Heavy have constantly been expanding their sound, challenging the traditional barriers of drum n’ bass, dubstep and bass music generally. 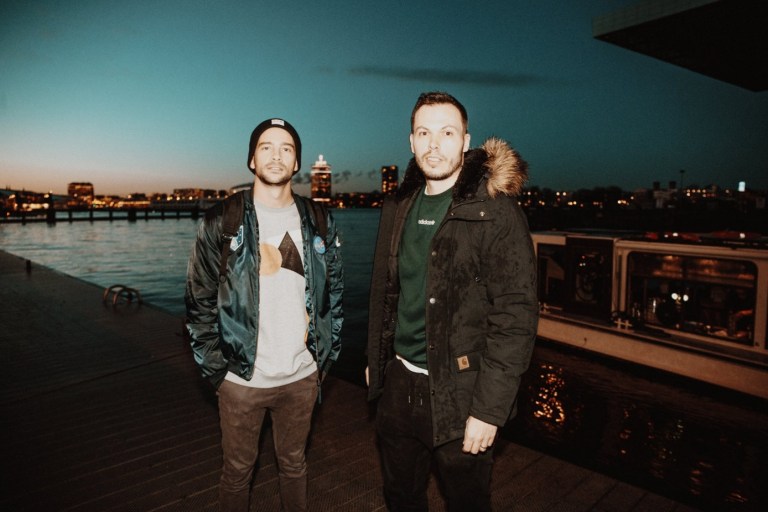 Moving forward throughout 2019, what can fans expect from how you guys may continue evolving or additional collaborations coming up past Only In Dreams?

We’re just excited to get this album out and we can’t wait for everyone to hear it!”

Long-time fans, new fans and listeners all around the globe will without a doubt be excited for the coming album after hearing recently released ‘Lift You Up.’ I want to thank you Simon for giving me the chance to speak with you on behalf of EDM Joy!

Follow Delta Heavy via their socials, linked below and get ready for the coming, recently announced album release! 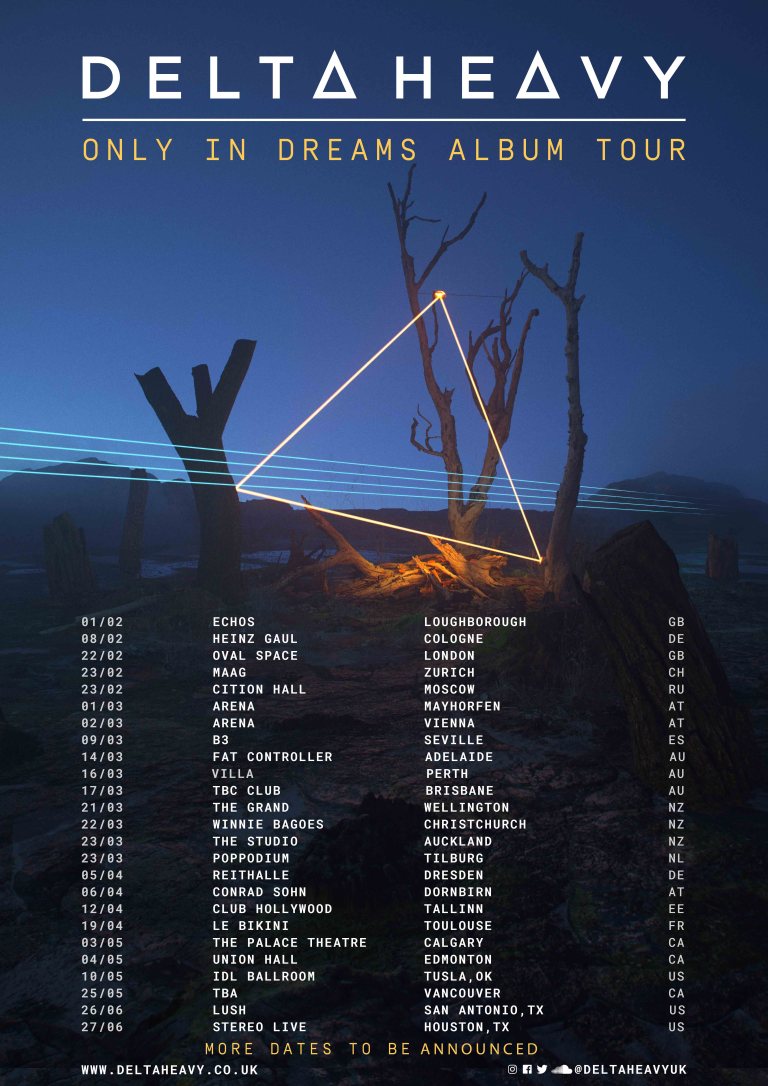 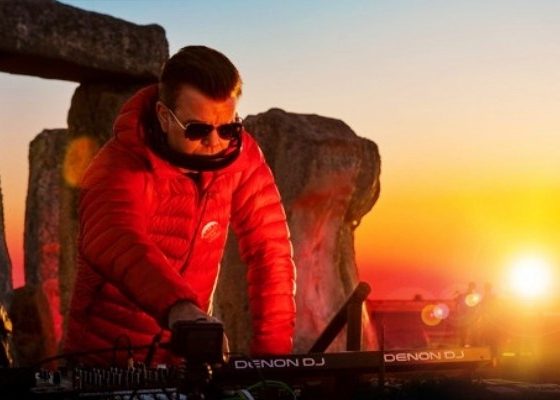