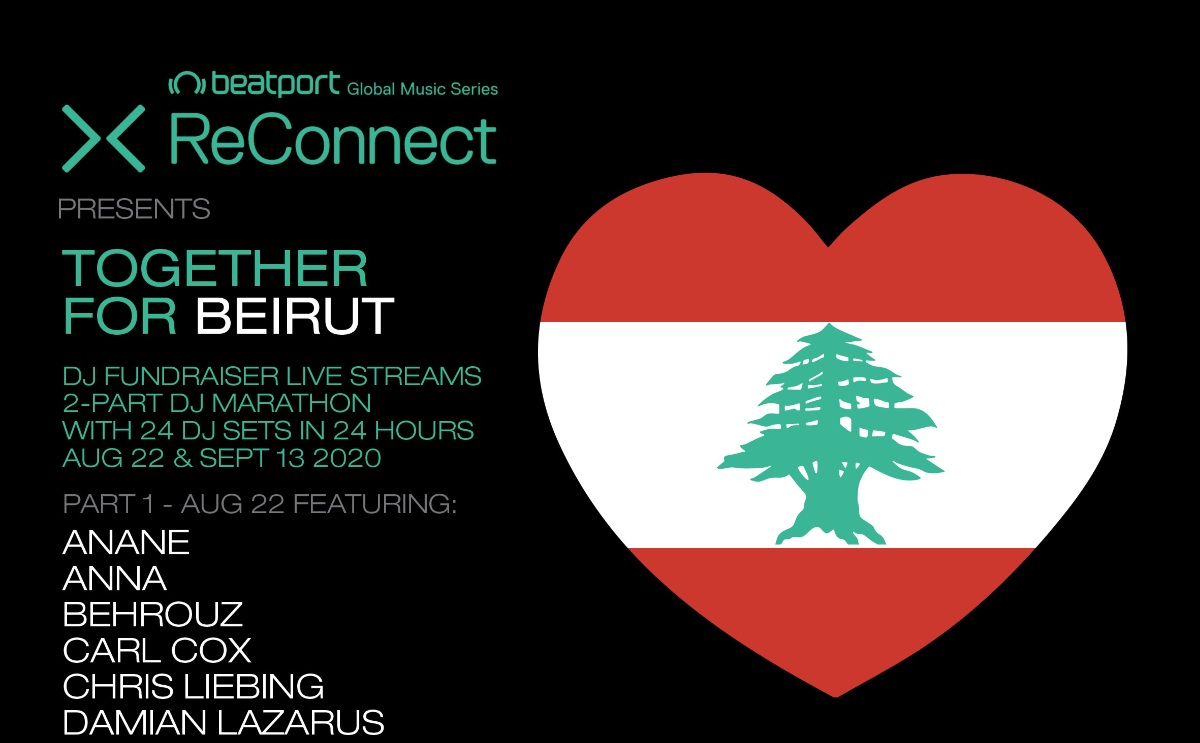 While the world is still navigating the relentless challenges of the COVID-19 pandemic, Lebanon has been struck with another unfathomable disaster, affecting hundreds of thousands of innocent people across the country. This catastrophic explosion has occurred during the most crippling economic crisis in modern times, and has shaken the country to its core. With lives, homes, and businesses shattered, this horrific event has once again shown the resilience of the Lebanese people as they have united through yet another humanitarian disaster. The dance music community has shown its dedication and determination to help those in need during these desperately difficult times, and once again calls on the uniting force of its nature to bring light during the darkest times.

‘Together For Beirut’ is a fundraising partnership between Nicole Moudaber, WILD Tulum, Factory People, Beatport and a collection of Lebanese DJs and promoters, who have seen their livelihoods destroyed and are passionate about making a difference to their community. Each event will showcase sets by 24 international DJs, consisting of two online events featuring non-stop performances by some of the world’s most in-demand and influential talents. With support flooding in from across the global dance music community, this initiative will kick off on 22nd August and end on 13th September – a poignant marker of the end of the Lebanese mourning period.

Presented by Beatport, who have been at the forefront of the livestreaming shift over the past few months, this fundraiser will aim to raise $250,000 for disaster relief, directly aiding those in dire need. The first phase of artists include Techno heavyweights Anane, ANNA, Behrouz, Carl Cox, Chris Liebing, Damian Lazarus, Dubfire, John Digweed, Juliet Fox, Kaz James, Louie Vega, Luigi Madona, Nic Fanciulli, Nicole Moudaber, Paco Osuna, Pan-Pot, Sama’Abdulhadi, Victor Calderone, Victor Ruiz, Wehbba, and Yousef, with more to be announced. Nicole Moudaber will be playing both events and is ready to dive deep into her back catalogue to deliver two passionate performances, with every intention of bringing hope and positivity to those who need it the most.

Speaking about the fundraiser Nicole Moudaber said, “These fundraising events will provide much needed relief and support to the people of Beirut and the many affected by the recent tragedy. Officials estimate the explosion caused up to $15 billion (£11.5bn) of damage. International financial aid and support has been overwhelming, but it’s not enough. We must support in any way we can to help, and in addition, our efforts will also be helping the music and arts industry of Lebanon which has been wiped out.” Sentiments echoed by Karen Young, owner, WILD Tulum.

In order to be a part of this monumental livestream, tune into Beatport’s Twitch Channel (https://www.twitch.tv/beatportofficial) on 22nd August from 6pm BST 13th September 2020 from 4pm BST. Although times are difficult for all, every donation makes a difference, so please donate what you can to the cause, as every $1 can help.

Donations will go to Impact Lebanon supporting local essential NGOs such as the Lebanese Red Cross,  Arcenciel and music and arts related charities in Beirut. 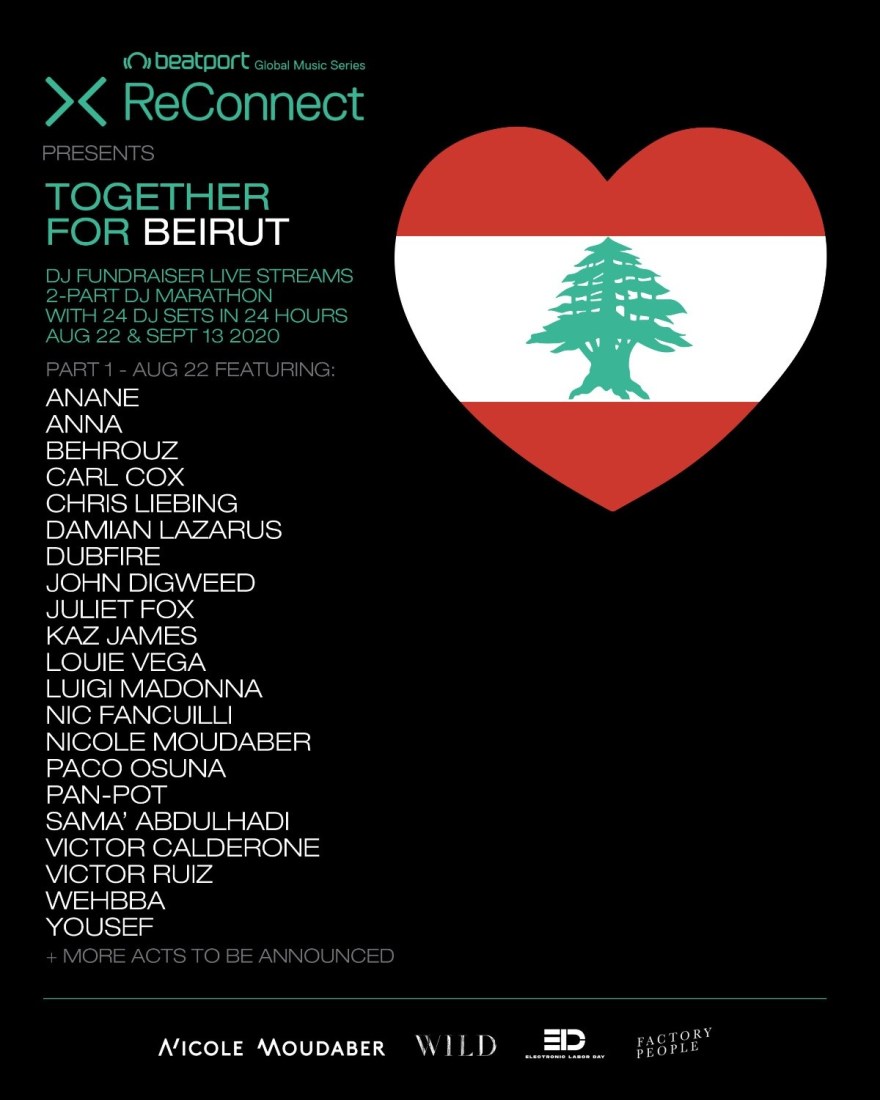 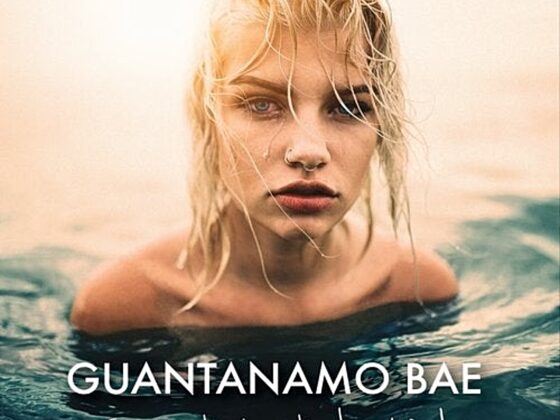 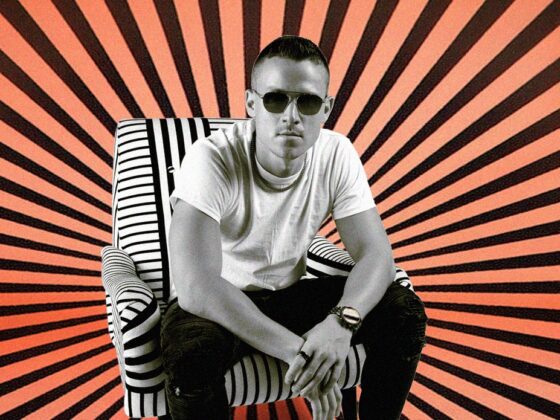