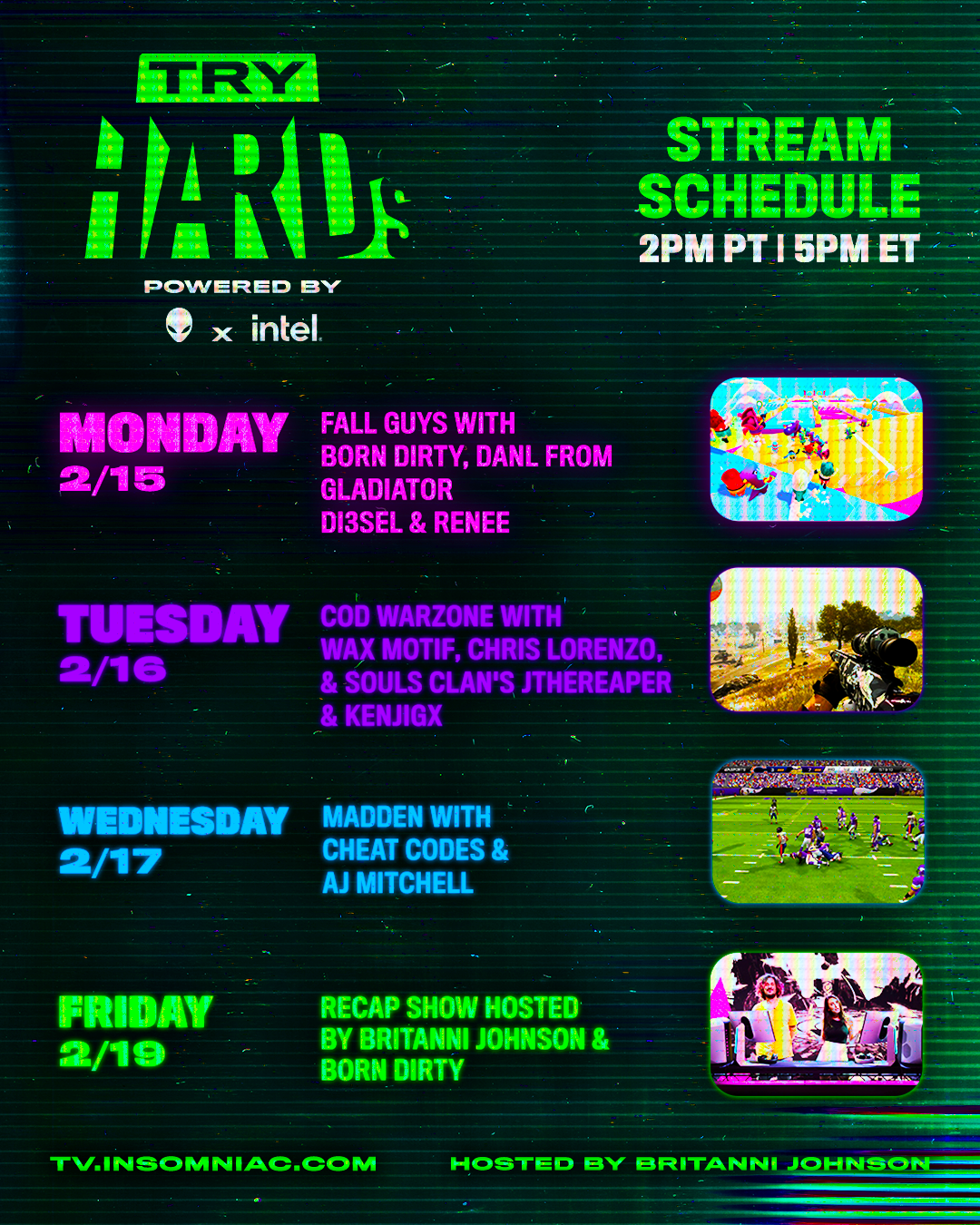 Gaming and dance culture have never been more intertwined than currently, and no-where is that more apparent than on Twitch. The broadcast platform is universally beloved by gamers and has become the de-facto home for DJs and their fans during the pandemic. Now, TRY HARDs is uniting these two overlapping worlds like never before by pitting professional gamers and DJs against each other every week to share smack talk, rule the Twitch chat and compete for bragging rights over their favorite games.

In every episode of TRY HARD’s, 2 DJs will take on 2 professional gamers. Predictably, with one of electronic music’s most respected names HARD, you can expect appearances from the world’s top producers and artists, covering the dance music spectrum anywhere from EDM to house to hip-hop to future bass. This competition will undoubtably be fierce, but the vibes will be high, as gaming and dance music collide on the virtual playing field.

Hosted by long-time gaming personality Brittani Johnson (E3, G4TV), Season One of TRY HARDs will feature six weeks of streaming with three episodes of gaming and one recap show. Each daily broadcast will center around a gaming theme, with Monday’s focus on lighthearted titles like Super Smash Brothers, Fall Guy and Rocketleague, Tuesdays revolving around first person shooters such as Call of Duty and Fortnite and Wednesday tackling sports games like Fifa and NBA 2K. Fridays will see Johnson recap the week’s highlights with behind the scenes footage, bloopers and gossip as well as update fans on the latest gaming news. Week One will featured several of the industry’s most explosive producers like Chris Lorenzo, Cheat Codes, Wax Motif, Born Dirty, Danl, AJ Mitchell and many more, along with gamers like Renée Reynosa, Di3seL, kenjiGX, and JTheReaper. 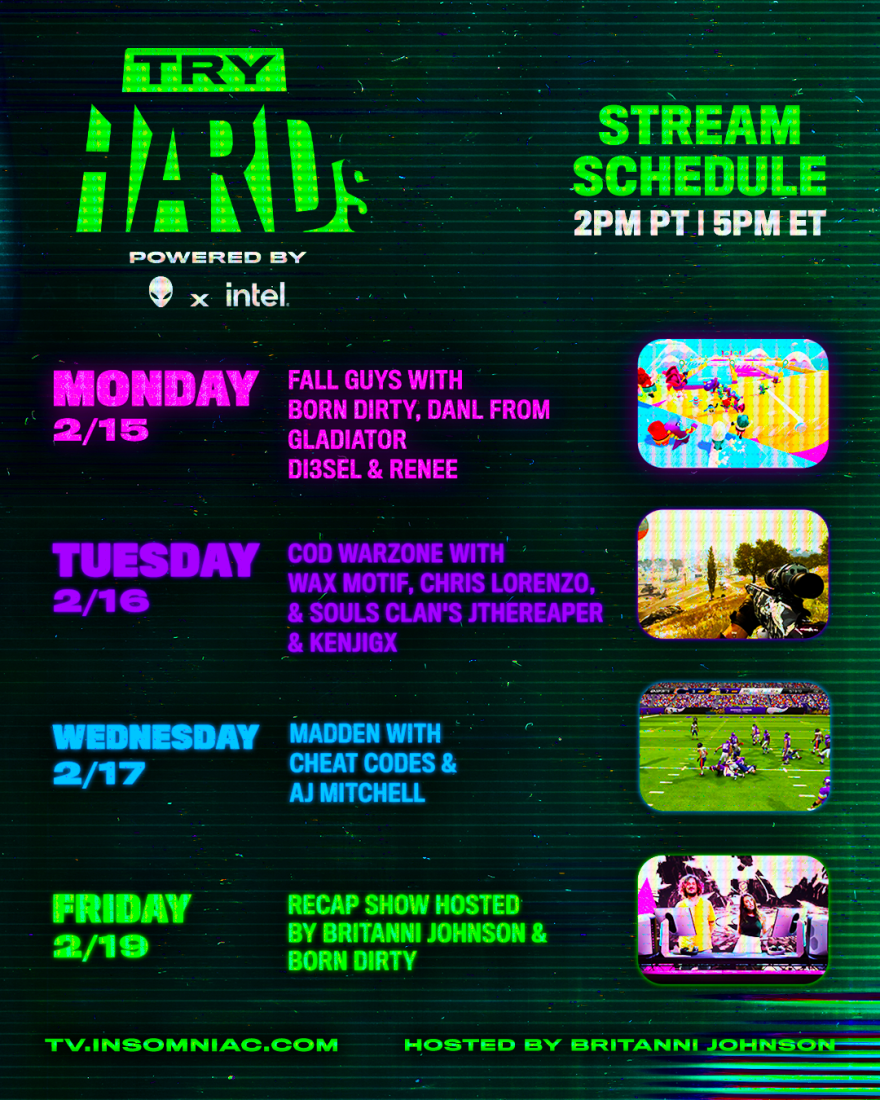 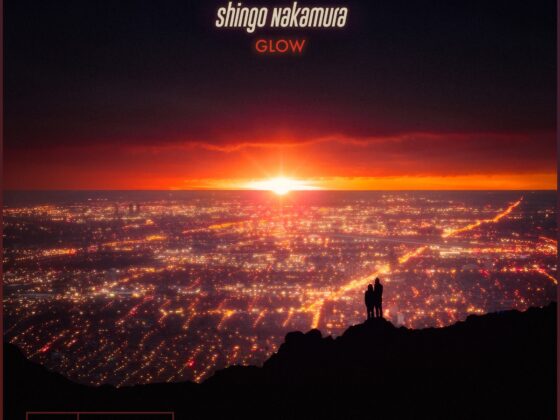 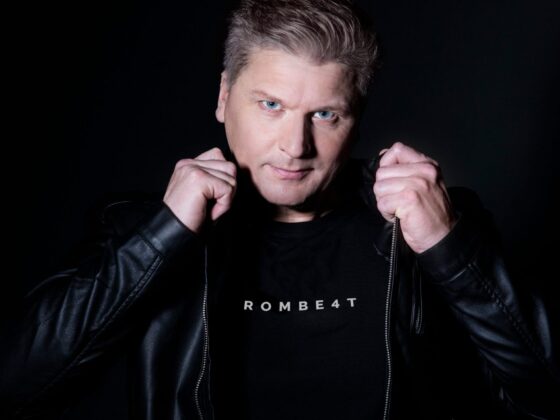